***This page is not updated but you can find a great website that show the music performance in London by date and compare between tickets websites (mainly second hand tickets) here. ***

We have picked what we believe are the best music performances in London, so you can plan and book your tickets in advance.

A very popular website for musical performance in London is TicketMaster but tickets are snapped up quickly, so some of the shows may already be sold out, but don’t worry, there is always the possibility to buy tickets from people who have brought them already and want to sell them as they can no longer go.

we would always recommend you shop around to find the best and cheapest tickets, including on the second hand sites:

In the secondary market prices may be higher or lower than face value.

Stubhub – This is the official return ticket site for the O2 and is owned by ebay.

Viagogo – A secure site for popular shows in London, the site is also easy to navigate by category.

SportsEvents365 – A site for sporting events including football games and other shows in London, England and further afield in Europe.

There are plenty more shows that are taking place in London which we have not covered in the lists below, but you can find them easily yourselves by going to the ticket sites listed, or watch out for the comments on this page.

Coldplay on the 17th of February at the O2 Academy Brixton. Tickets and Coldplay’s world tour are available here.

Idan Raichel Will be playing at the Barbican on 23 February and tickets area available for between £20 and £45.

Maya Isacowitz will be at the Green Note on 25 February and tickets are only £9.

The Jesus & Mary Chain will be playing at the Forum in Kentish Town on 11 March, tickets are £32.

Kurt Vile & The Violators will be at the Roundhouse in Camden on 10 March. Tickets are only £22.

Junun featuring Shye Ben Tzur & Jonny Greenwood & Rajasthan Express are playing at the Barbican on 11 March. Tickets are priced at £17 – £25.

Country Music Festival C2C – Country to Country  is on at the O2 for 3 nights between 11 and 13 March.

Adele will be at the O2 for 8 shows between 15 March and 15 April, with a few additional shows in the rest of the UK. Tickets were sold out as soon as they went on sale, but you can still find some tickets at the resale sites: ticketbis, viagogo ,stubhub ,getmein. You can also see where else in the world Adele is performing on this site and find tickets. 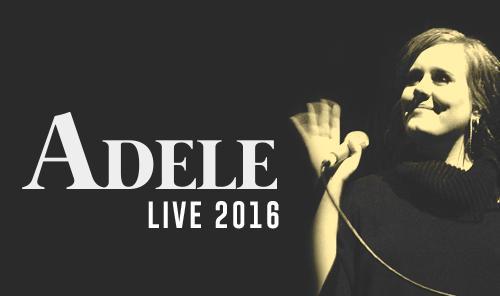 Underworld will be performing at the Camden Roundhouse on 25 March. Tickets are £35.

Infected Mushroom will be at the Ministry of Sound on 1 April. Tickets are between £15 and £25.

Primal Scream will be at the London Palladium on 1 April.

Buena Vista Social Club will complete their farewell world tour with a performance at the O2 on 6 April. Tickets are between £35 and £100.

Elvis Costello will be perfomring 4 nights at the London Palladium from 10 to 14 May.

Chris Cornell will perform at the Royal Albert Hall on 3 May. Tickets start at £30.

Iggy Pop will be at the Royal Albert Hall on 13 May.

Father John Misty will be performing 3 shows at the Camden Roundhouse on 18, 19 and 20 May.

We Are FSTVL – A dance festival with Dance, House, Techno and more music genres. It takes place at Damyns Hall Aerodrome in Essex with artists including Craig David, Fatboy Slim an many more on 28 and 29 May. Tickets range from £52 to £155.

Fetty Wap will be at the Eventim Apollo on 29 May.

AC/DC are playing at the refurbished Olympic Park Stadium on 4 June.

Bruce Springsteen & The E Street Band will be at Wembley Stadium on 5 June.

Adam Ant, Kings of the Wild Frontier will be at the Brixton Academy on 10 June. Tickets are £44.

Stone Free Festival is a classical Rock festival taking place over two days at the O2 with headlining acts from Alice Cooper and Rick Wakeman. Running 18 and 19 June.

Belle & Sebastian are celebrating 20 years with 2 live shows at the Royal Albert Hall on 22 and 23 June.

Rihanna will be at Wembley Stadium on 24 June.

Van Morrison will be playing at Hampton Court Palace on 14 June as part of a festival happening there between 9 and 18 June.

Beyonce will be at Wembley Stadium on 2 and 3 July.

British Summer Time Festival will take place from 2 to 10 July at Hyde Park, with major acts including:

Lovebox Festival takes place on 15 and 16 July at Victoria Park and includes Major Lazer, LCD, Soundsystem and many others performing.

We will update this shortly, in the mating please follow us.

The Enemy will be at the Forum on 3 September.

Billy Joel will be at Wembley Stadium on 10 September.

David Gilmour will be playing at the Royal Albert Hall for four nights on 25, 28, 29 and 30 September.

Kenny Rogers will be at the London Palladium on 10 November and at the Eventim Apollo on 12 November.

Status Quo will be at the O2 for 1 night only on 11 December.

Scroll to top
Skip to content
We use cookies to ensure that we give you the best experience on our website. If you continue to use this site we will assume that you are happy with it.OkRead more