October is an inspiring month for art lovers and people who want to stroll in the streets of London and enjoy the best art scene in town. If you don’t have any idea where to go, check out these seven great exhibitions that will take place in the next   couple of months.

– What is Pop Art? When did it start?

Tate Modern is preparing a major exhibition around the storyline of Pop art, exposing pop art works from around the world – from Europe to the Middle East, from Latin America to Asia covering the 60’s and 70’s while explaining the motivation and inspiration from different sources in popular and commercial culture such as advertising, Hollywood movies and, of course, pop music. The exhibition will show the different impacts on the Pop art movement, for example , the relationship between consumerism and pop, the impact of folk art on pop and how other cultures and countries responded to the movement.
17 September 2015 – 24 January 2016
Tickets must be booked in advance.
http://www.tate.org.uk/

Ai Weiwei at the Royal Academy of Art (RA)

“Ai Weiwei” by Hafenbar – Own work. Licensed under CC BY-SA 2.0 de via Commons.

Ai Weiwei is major artist and cultural phenomenon. This time he takes over spaces gallery of the Royal Academy of Arts with his brave, provocative and visionary works. Ai Weiwei is considered being one of China’s most influential artists,
Ai Weiwei became widely known in the UK after his sunflower seeds installation in 2010 in the Tate Modern’s Turbine Hall, but this coming exhibition will be the first major comprehensive collection of his works ever held in the UK, covering two decades of his unusual and brilliant career. The RA will present some of his most important works from the time he returned to China from the US in 1993 till present day. There will be some new works created specifically for the RA galleries and courtyard , including a number of large-scale installations as well as works made from marble, steel, tea and glass.
Not to be missed! Tickets must be booked in advance.
Showing from 19 September — 13 December
https://www.royalacademy.org.uk/
Tube: Green Park

Goya- ‘The Portraits’ at the National Gallery

Goya was a Spanish romantic painter and printmaker who was regarded both as one of the last of the old masters and the first of the moderns. Goya was a court painter to the Spanish Crown, and his exhibition presents around 70 of the artist’s most remarkable works taken from public and private collections around the world. The exhibition includes paintings, drawings, and miniatures never-before-seen in London. ‘The Portraits’ exhibition traces the artist’s development, from his first commissions to some more intimate later works painted during the in the 1820s when he was in ‘self-imposed exile’ in France. Goya’s career spanned through revolution and restoration, war with France, and the Spanish Enlightenment. This is surely an outstanding exhibition portraying one of Spain’s most celebrated painters in the history of arts.

Advance ticket booking is needed.
Showing 7 October 2015 – 10 January 2016
http://www.nationalgallery.org.uk/
Tube: Charing Cross
Cosmonauts – The Science Museum
This unique and exciting exhibition will explore the most significant collection of Russian spacecraft and artefacts ever to be shown in the UK. Through this anticipated exhibition, the visitor will learn the story of the Russian space project in a creative, yet, dramatic story of how the Soviet Union turned the dream of space travel into reality and became the first nation to explore space. A real out-of this world exhibition!
Showing 18 September 2015 -13 March 2016
http://www.sciencemuseum.org.uk/home.aspx
Tube: South Kensington

The highly expected annual Fair takes over Regents Park once again. At the far, more than 160 leading and emerging national and international art dealers and contemporary galleries will present their art works. There will also be a series of interesting lectures and conversations. One can book a guiding tour of the Fair specially designed for students (15 – 19 years), led by artist educator Katriona Beales. These tours must be booked in advance.
When visiting the different parts of the fair, there will be opportunities to see up close the new work of the 2015 Frieze Artist Award Winner, the New York-based artist Rachel Rose, who will create a scale-model of the fair structure. Inside, the model lighting and special sound design will simulate the sonic and visual sense frequencies of some animals inhabiting the Regent’s Park.
Advance ticket booking is needed.
Showing from the 14th -17th October
http://friezelondon.com/

The National Gallery is preparing to for the first portrait exhibition of Alberto Giacometti (1901–1966), an exciting artist, who is widely known as one of the most important and extraordinary artists of the 20th century. The NPG exhibition will focus on portraits of the main models of Giacometti’s, including his wife, Annette, his brother Diego, his mother and friends such as Jean Genet to the retailer and philanthropist Lord Sainsbury. The show will include not less than 60 works, including paintings, drawings and sculptures.
Showing 15 October 2015 – 10 January 2016. Advance ticket booking is recommended.
http://www.npg.org.uk/
Tube: Charring cross 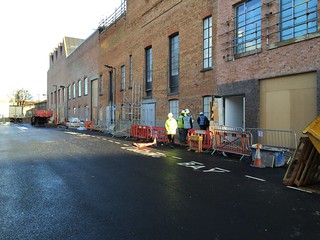 Damien Hirst’s Gallery opens in Lambeth, south London, in October 2015 and will exhibit works from Damien Hirst’s (The YBA Master) art collection. The exhibitions at Newport Street Gallery will include solo and group shows of artists from Hirst’s extraordinary collection, which contains over 3,000 works. At 37,000 square feet, the gallery includes six gallery spaces, a restaurant and shop, as well as a large-scale LED screen, which has been fitted the outside of the building.
The first Exhibition in October will be ‘Power Stations’, a solo show of work by John Hoyland (1934–2011), who is considered one of UK’s leading abstract painters. This is the first large-scale show of Hoyland’s works since his death in 2011including paintings from 1964 to 1982.
Entry to the gallery will be free.
Showing 8 October 2015 – 3 April 2016.
http://www.newportstreetgallery.com/
Tube: Lambeth North, Vauxhall